We are all about 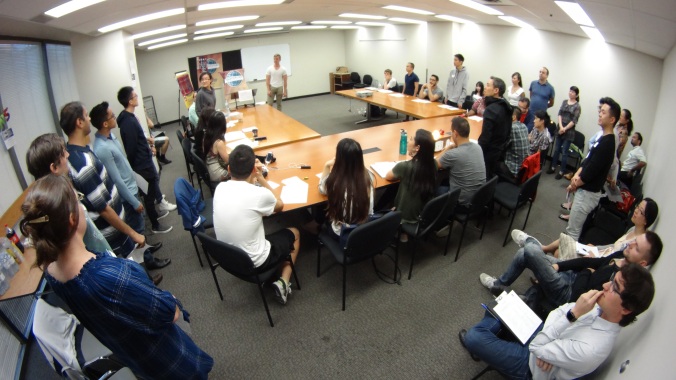 “According to most studies, people’s number one fear is public speaking. Number two is death. Death is number two. Does that sound right? This means to the average person, if you go to a funeral, you’re better off in the casket than doing the eulogy.”

Metrospeakers Toastmasters has been helping a diverse number of people become powerful speakers, community leaders, and many successful entrepreneurs.

Dan Lok was the Metrospeakers Toastmasters president in the year 2003-4. He, later on, became a professional speaker and spoke multiple times at different TED Talk events.

The young Dan Lok when he was the President for the MetroSpeakers Toastmasters Club.

Yuliya Talmazan from Global TV was our Vice President of PR while she was attending school at UBC.

There are many and many more successful past members that we can not list them all here. (Due to conflict of interests.)

MetroSpeakers is the crib for success!

Today you are a tiny little duckling, tomorrow you will fly and soar in the sky!

MetroSpeakers is the cradle for the future movers and shakers.

Today you are shy and afraid to speak, tomorrow you will speak like a pro!

Join us and you will not regret!

New! If you are a youth between ages  12-17.  You can join Toastmasters Youth Clubs. You can get more information from www.vancouvergavel.com.